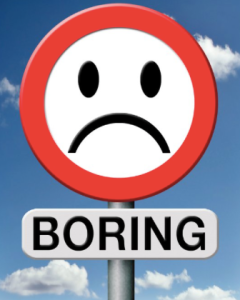 I always thought a school run sounded like a laugh, especially if you’re dropping off more than one kid. When I would hear mothers vaguely lamenting different drop-offs I would think “But it sounds FUN! Zooming about in your car, being busy, chatting with your other mum mates.” I thought the complaints were a bit bogus, like complaining that you’ve go so many parties to go to or that (this only really applies to other freelancers) you’ve got so many commissions on. It’s a nice problem to have! People are dying, hello?

But then I started my adventures in the school run and actually, it’s not that great. Because getting kids in the car is SHIT. They don’t want to get in the car. They don’t even want to get dressed. Sam, the boy, who is 2-and-a-bit, wants to get in the car only if he is allowed to climb in by himself, shut the car door by himself and put on his own seatbelt. Total time this takes: 5 min. Often longer if it is raining – or maybe it just feels longer. Kitty is alright about getting in the car and can put on own seatbelt but is sulky: does not want to go to school, school is boring, despite us sending her to the most fun, hippie and relaxed school we could find within a 10 min drive of our house.

We get to Kitty’s school and park about a mile away, down a hill and round the corner, because there are huge black 4x4s parked in every other available space. I cajole insane Sam and sulking Kitty out of the car, up the hill, into the school. This takes 10 minutes because Sam walks so slowly and inspects every piece of rubbish we see on the street. Both children fill my pockets with dirty, half-smashed conkers.

Sam starts making an annoying shrieking noise. Kitty shouts at him to shut up. Sam does it more, smiling. Kitty gives him a clip round the ear. Sam starts wailing. Kitty looks at me, guiltily. I just stand there, staring. I can’t even be bothered to go berserk at the pair of them for being such jerks.

We arrive at Kitty’s classroom. Sam finds a box of toys in the outdoor play bit and starts rummaging around and going “Brrmm brmmm” with a little tractor he finds.

All the other parents are standing about chatting amiably with each other like this is a delightful cocktail party. I no more have the mental capacity to strike up a conversation now than I have to sit a Maths GSCE, or host Newsnight.

The door to Kitty’s classroom opens and she runs in and sits down on the carpet cross-legged with all the other four-year olds. I go in to say goodbye and she waves and goes “Bye”. So, all the stuff about hating school and it being boring was, what: not true? WHY SAY IT THEN YOU LITTLE FIEND?!?!?

I leave Kitty’s classroom to find that Sam now has a dirty nappy. But I haven’t got a fresh nappy or any wipes. He also declares that he doesn’t want to go to nursery he wants to go home. He hates nursery. Nursery is boring. So I explain as I am surrounded by the unholy stink coming from Sam’s trousers, that he can’t go home because I’m going to do some work and Daddy’s going to do some work and everyone does work and Kitty goes to school and Sam goes to nursery.

He vaguely buys this and we traipse the 10 minutes down the hill and round the corner back to our little blue dented Ford Fiesta. I wait while Sam gets in car on his own, shuts door, does own seatbelt. Ten minutes later start car, drive back the way we came to nursery with all the windows rolled down so the nappy fumes doesn’t suffocate both of us.

Park illegally near nursery. Get Sam out of the car, traipse to nursery, change his nappy, set him loose on a box of small cars.

My friend Lara says “Are you alright?” And I say despondently: “I just thought the school run would be a bit more fun.”