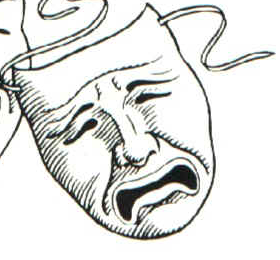 I hate going to the theatre. It’s uncomfortable, it goes on for too long, it’s expensive. If you have the drink that you need to attain the required buzz to find the play amusing/interesting, you will then need a wee from when the curtain goes up to to moment you’ve got to the top of the 400-strong queue for the 1 tiny very smelly loo under some stairs that has not been changed or refurbished since 1987. 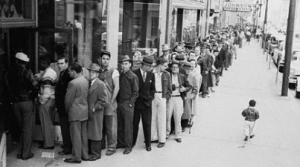 Despite going for that wee, you need another one as soon as the curtain goes back up. Then you start thinking about your dinner. You are starving since you weren’t able to eat anything between leaving work/travelling across town in the rush hour in order to pick up your tickets by 7.30pm and it is now 9pm and you can’t think about anything except food.

“Out! Damned hot dog,” cries the lead actress as she scrubs the tomato ketchup off her hands form the delicious pizza she’s no doubt been scoffing offstage… and other such stomach-related delusions.

When people talk about living in a big city, whether it’s London or Edinburgh or New York or wherever, they talk vaguely about being able to go to the theatre and to art galleries. Well, I have lived in London all my life – I am that rare thing, an actual Londoner – and I continue to live in this city despite it being full of boring theatres and tedious art galleries.

And yet… philistinism only gets you so far.

My husband and I get invited to the theatre every so often, sometimes to see plays that everyone is banging on about, and to say no feels so ungrateful and churlish and ill-educated. But then we recall the awful physical discomforts of the theatre and look at our diaries and we know, we just know that when the night comes to go to the theatre, with the stress of leaving the kids still awake in their beds wanting this and that and the dread of the rumbling stomach and then piss-needing, we’ll just rather not.

BUT! We might have hit on a magnificent solution to this theatre-phobia, which is…

YOU LEAVE AT THE INTERVAL

I know, it sounds mad, why would you leave at the interval? Don’t you want to know what happens next? No, not really. I’m happy to go to the theatre, to support the performing arts – but I also want my dinner and to be in bed by 11pm at the absolute latest.

If you leave the play at the interval you can have thrown down a double vodka before curtain up comfortable in the knowledge that you’ve got all the time in the world to have a wee. Then you can amble out into theatre land on stumble out onto The Cut and take the pick of your restaurants; it being 9pm you will have your pick of the restaurants, even those bastard, bastard no-bookings places will have space for two at the bar. All those 25 year olds who were queueing round the block at 6.45pm have had to get a train home to Sheen for a milky drink and early bedtime. Spuntino here we come!

This type of behaviour is in psychotherapy vaguely referred to as being “individuated”, which my husband and I tend to interpret as “doing just whatever the fuck you like”. A non-individuated person would fret vaguely that leaving the theatre at the interval was rude, wrong, bad. They would think maybe being bored and needing a piss is somehow good for you? SUFFER!

My Swiss-German grandmother, who is possibly a little bit too individuated at times, already knows this little trick. She has visited every single major art gallery in Europe – but each one only for 30 minutes. She always drives right up to the front door and always finds a parking space, (on the basis that very few people are fucking crazy enough to drive right up to the doors of any of Europe’s major art galleries), has a look around for 30 minutes – maximum – then goes and has lunch.

And if anyone asks you what happens in the end shout “What’s that over there?” and stunt roll out of a window.

« The One Colourful Thing rule….
Please will someone…. »